Following yesterday’s gains, both bitcoin and ethereum consolidated on Wednesday, as bullish momentum eased. After rallying above $32,000, BTC moved marginally lower during the hump-day session, while ETH once again fell below $2,000.
Bitcoin
BTC was trading lower on hump-day, as bullish sentiment slightly faded, following yesterday’s price surge.
Following a move to a nearly three-week peak of $32,249.86 on Tuesday, BTC/USD dropped to a bottom of $31,286.15 earlier today.
This drop comes as bitcoin bulls likely decided to liquidate positions, despite prices climbing over the recent resistance of $30,500.

Typically after such a breakout — especially after weeks of consolidation — momentum extends, however bulls seem uncertain about further increases, hence why some have abandoned positions.
Looking at the chart, this may be due to the fact that they spotted the ceiling on the 14-day RSI of 51, which hasn’t been broken in three months.
However, should relative strength move b

Litecoin was quite bullish on the charts. The $190 region offered some resistance, but longer-term momentum is on…
przezAkashnath Sumukar

Uncertainty about crypto regulation can engender internal disagreement even within seemingly monolithic governments. One of the most fascinating…
przezKirill Bryanov 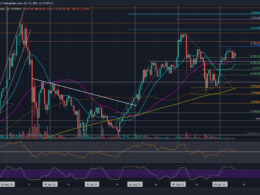 Asset management firm reveals that it made $1.1 billion from Bitcoin in 5 months

Asset manager Ruffer has disclosed that it completely exited its Bitcoin position in April, making a profit of…
przezJohn Kiguru