David Marcus has announced that he has now launched a new startup known as Lightspark which will focus on building on Lightning Network on the Bitcoin blockchain.
Lightspark has already received $175 million from the who’s who of the VC industry including Andreessen Horowitz and Paradigm.

At one point, it seemed like Facebook was bound to become one of the biggest players in the stablecoin industry with its Libra (and then Diem) cryptocurrency. This fell through badly and Facebook was forced to sell it off. David Marcus, the person who led the initiative, and was formerly the CEO of PayPal left Facebook and he has now revealed that he’s building on the blockchain, specifically on Bitcoin.
Marcus revealed on Twitter that he had started a company called Lightspark, “to explore, build and extend the capabilities and utility of Bitcoin. As a first step, we’re actively assembling a team to dive deeper into the Lightning Network.”

I wanted to share that we are starting a new co 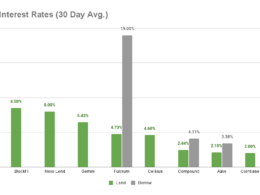 To the DeFi community, This week, the Kyberswap DEX launched on Arbitrum, continuing efforts to help users avoid…
przezAlexander Behrens

[PRESS RELEASE – Please Read Disclaimer] Want to support Ukrainians? Give them a job! Amidst a war in…
przez

Ethereum price has surged by 41% within the past five days. The digital asset’s value surged from $1,754…
przezNamrata Shukla