GAM Holdings has revealed that it’s in talks with Terraform Labs as it seeks to inject up to $3 billion in UST to save it from the jaws of total capitulation.
GAM CEO claims that his company is a firm believer in crypto and that he has always invested in markets that go through black swan events.

There may be hope for Terra’s UST stablecoin after all. One of the largest asset managers in Switzerland has announced that it’s in talks to invest up to $3 billion in the project to revive it and bring it back to its $1 peg at a time when it has collapsed and brought down LUNA with it.
UST is an algorithmic stablecoin that depends on smart contracts and the free market to maintain its peg to $1 (although this might change in the near future). Its value depended on arbitrage traders minting LUNA when UST exceeded $1 and burning it when UST was below the dollar, until the house of cards all came crashing down.
GAM wants to save the project. The Zurich-based company, which is listed on

AMBCrypto‘Tis the season to give, and cryptocurrency donations to charities are on the rise

Cryptocurrency donations for charity are on the rise, with gifts still rolling in as the calendar winds down.…
przezShubham Pandey 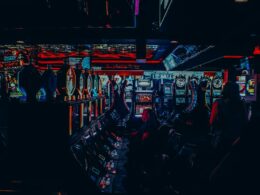 AMBCryptoA look into the gameplay of Fables of Fyra: The Awakening

The Awakening is a free-to-play, single-player, open-world RPG game that incorporates a play-to-earn economy in the universe of…
przezAnjali Sriniwasan 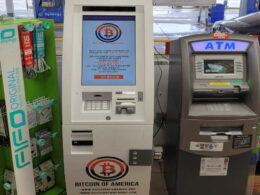 PRESS RELEASE. Bitcoin of America is a popular virtual currency exchange, registered as a money services business with…
przezBitcoin.com PR

There was some panic as Bitcoin dropped below $52k, then $50k, saw a bounce to touch $52k as…
przezAkashnath Sumukar