Peirce, also affectionately known as ‘Crypto Mom,’ said that there might soon be movement on stablecoin regulations in the U.S. The comments came at an online panel debate hosted by the London-based Official Monetary and Financial Institutions Forum (OMFIF) policy think tank on May 12.
“One place we might see some movement is around stablecoins,” she said in reference to tighter regulations for the crypto sector. Talking about the collapse of the TerraUSD stablecoin, she added, “that’s an area that has obviously this week gotten a lot of attention.”
The SEC has an opportunity to “capture digital currencies, and the technology platforms where they are traded” under its jurisdiction, she added, according to Reuters.
Stablecoin Fallout Troubles Lawmakers
The wheels of bureaucracy and regulation turn very slowly in the United States, and nothing specific has been detailed regarding an approach to stablecoin regulation. However, in light of this week’s events regarding U 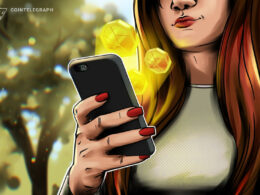 Bitstamp asks users to update the source of their crypto, citing regulatory compliance

Bitstamp now requires users to provide info like nationality, place of birth and tax residency, in addition to…
przezHelen Partz 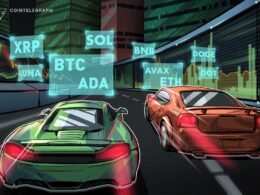 Bitcoin appears to be losing momentum and altcoins are stalling, but the fact that bulls are holding key…
przezRakesh Upadhyay

While the cryptocurrency prices dropped toward the end of the week, precious metals, energy stocks, and global commodities…
przez

The adoption rate of the technology space has witnessed a massive surge. People, institutions are adopting new technologies…
przezShubham Pandey