Shares in the popular online brokerage Robinhood have spiked over 30% in after hours trading following billionaire Sam Bankman-Fried acquiring a 7.6% stake in the company.
Sam Bankman-Fried, the billionaire founder and CEO of cryptocurrency exchange FTX has acquired a substantial 7.6% stake in the popular online brokerage, Robinhood. The news was well received by the market, with Robinhood’s (HOOD) stock price initially soaring over 30% in after hours trading. At the time of writing the price has settled to a 24% overall gain.According to a securities filing made with the Securities and Exchange Commission on Thursday, Bankman-Fried purchased a total of $648 million in Robinhood shares at an average price of $11.52. The purchases disclosed by Bankman-Fried reportedly began in mid-March and continued through until Wednesday.In the securities filing, Bankman-Fried made it clear that he had, “no intention of taking any act 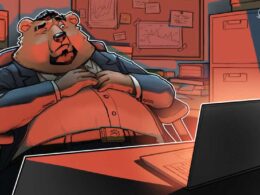 A symmetrical triangle shows support at $38,000 but pro traders have failed to add leverage long positions, according…
przezMarcel Pechman 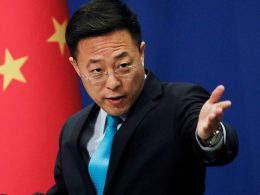 China Strikes Back at The US: ‘Stop Making Trouble’ Out of Digital Yuan 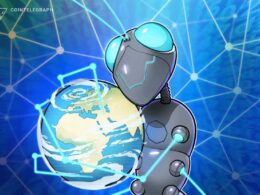 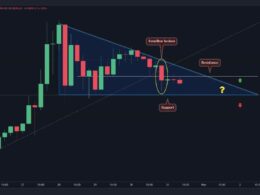 SHIB has recently broken below an ascending trendline which maintained the price for the past eight days, since…
przezDuo Nine