Ruja Ignatova, mastermind of the notorious pyramid Onecoin, is now one of Europe’s most wanted fugitives. Also known as the “Crypto Queen,” she disappeared almost five years ago, after the Ponzi scheme she led collected billions of dollars from defrauded investors around the world.
Europol Seeks Information on Onecoin Inventor’s Whereabouts
The European Union Agency for Law Enforcement Cooperation, Europol, is now offering a reward of up to €5,000 ($5,200) for any information that could lead to the arrest of Ruja Ignatova, suspected of masterminding one of the largest scams in crypto history, Onecoin.

The announcement describes Ignatova, a doctor of law, as the “driving force and intellectual inventor of the alleged cryptocurrency Onecoin.” She is suspected of inducing investors all over the world to put money into “this actually worthless ‘currency’,” Europol notes.
The agency also points out that the fraud-related losses to the Ponzi scheme that have been esta 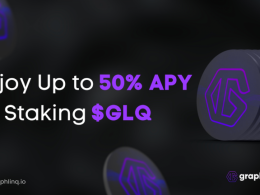 Earn up to 50% APY by Staking $GLQ on GraphLinq App

PRESS RELEASE. The newest utility token to offer staking to its users/holders is GraphLinq Protocol’s $GLQ. As of…
przezBitcoin.com PR

AMBCryptoHow Bitcoin can benefit both, Republican and Democratic parties in the U.S.

AMBCryptoCan Fantom stand in the same league as Cardano and Solana

Just 104 days back, the crypto-space witnessed one of the most brutal crash that sent the entire market…
przezLavina Daryanani