On Friday, the value locked in decentralized finance (defi) protocols dropped to a low of $110.35 billion after there was more than $200 billion total value locked (TVL) eight days ago on May 5. One specific defi protocol called Lido, a liquid staking platform and the second largest defi application in terms of TVL size today, has lost significant value losing 49.66% during the past week.
Curve’s stETH:ETH Peg Skews, Lido Adds New Pool With Liquidity Incentives
While being exposed to the Terra blockchain blunder, Lido’s bonded ethereum tokens have been under pressure due to an imbalance on Curve’s bonded ethereum (stETH) and ethereum pool. The liquid staking defi protocol Lido announced that it was deploying liquidity incentives to Curve Finance in order to improve the imbalance that has been taking place around the stETH:ETH peg.
“We are deploying an additional Curve Finance pool to improve the liquidity around the stETH:ETH peg,” Lido tweeted on May 12, 2022. “This new 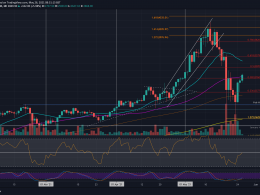 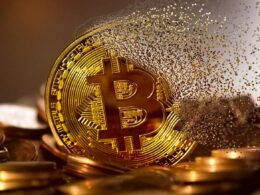 January saw a significant jump in adjusted on-chain stablecoin volume, according to data collected by The Block Research.…
przezMichael McSweeney