The new government of South Korea will reportedly finalize the regulatory framework on the local digital asset ecosystem next year and enforce it in 2024. The legislation will aim to incorporate cryptocurrencies like bitcoin into the country’s institutional system.
In addition, the authorities have greenlighted the Bank of Korea’s efforts to launch a CBDC in 2023.
South Korea Embracing Crypto
Just two months after Yoon Seok-youl secured a victory in South Korea’s presidential elections, his administration touched upon the cryptocurrency industry. According to a local coverage, the authorities will enact the Digital Assets Basic Act in 2023, meaning that crypto will be entirely supervised in the country.
The initiative should include bitcoin and the altcoins into the nation’s institutional system and grant domestic investors enhanced protection when dealing with the asset class.
The legislation will be based on international standards as the Korean officials vowed to partner wit

AMBCryptoBitcoin: How ‘flash crashes could prove to be an effective strategy’ for traders

Bitcoin’s most recent flash crash might have been a miraculous gift for some. However, it was an early…
przezSahana Venugopal 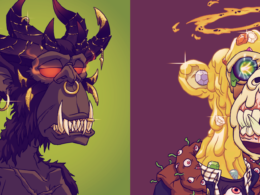 Polygon, through strategic partnerships, is quickly taking the lead in the blockchain industry for the minting and selling…
przezJohn Kiguru 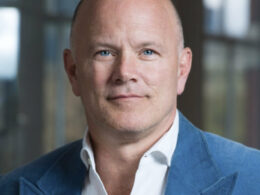 The billionaire investor and CEO of Galaxy Digital, Mike Novogratz, says the bitcoin market is in good shape,…
przezKevin Helms