BitMEX co-founder Arthur Hayes deserves more than a year in jail: US Prosecutors

In a recent filing with Manhattan Judge, US Prosecutors have recommended a two-year jail term for BitMEX co-founder Arthur Hayes.
The prosecutors say the sentence will serve as a lesson to other crypto firms violating BSA requirements.

US prosecutors are adamant that BitMEX co-founder Arthur Hayes’s BSA violation demands over a one-year jail term.
Hayes, along with computer scientist Benjamin Delo and programmer Samuel Reed, founded the Bitcoin derivatives exchange in 2014. In October 2020, the three were accused of violating the US Bank Secrecy Act (BSA). The law requires financial platforms to integrate know-your-client (KYC), alongside anti-money laundering (AML) measures. Allegations read that BitMEX operated in the US with ignorance of these guidelines.
At first, BitMEX denied all allegations. However, in late February, the firm’s founders pleaded guilty to the aforementioned crimes. Part of their penalties was to pay $10 million in fines. Additionally, Hayes and Delo each

There’s good news for loyal users of C-Trade, one of the best cryptocurrency derivatives exchanges in the world.…
przezAnjali Sriniwasan 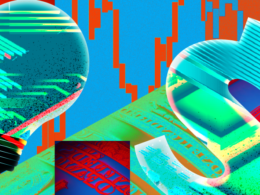 On August 30, the DeFi Education Fund announced the winners of its first round of grants. The four…
przezKollen Post

Are you new to crypto? Five things to consider before investing (Part 1)

New investor in the crypto space have thousands of coins to chose from, but this is the bedrock…
przezJohn Kiguru