Cryptocurrency markets were mostly in the green on Friday, as DOT was up by nearly 40%, moving away from an 18-month low. Although SOL, AVAX, and MATIC all rose by over 20%, it was SHIB that was one of the standout gainers in today’s session.
Polkadot (DOT)
DOT was one of today’s biggest gainers, as it climbed by nearly 40% during Friday’s stretch, moving away from recent lows in the process.
On Friday, DOT/USD surged to a peak of $11.73, which comes less than 24 hours after it hit a low of $7.04
This bottom was the lowest level DOT has reached since January 2021, and came as prices fell for eight of the last nine days.

Today’s rally commenced as prices jumped from a now support level of $8.50, climbing by as much as 38% to its intraday high.
Despite the rise, the 14-day RSI is still marginally oversold, and currently tracks at the 37.87 level, which is just below a ceiling of 40.
Should we see this ceiling broken, then we will see the price resistance of $12.50 also give way 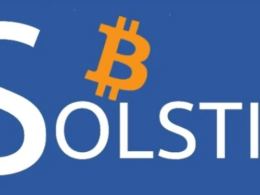 New Senate candidate Bryan Solstin claims Bitcoin as “the Great Reset,” but will it work in his favor?

Last week, the world witnessed a successful utilization of crypto adoption in winning the presidential elections. It seems…
przezZeynep Geylan 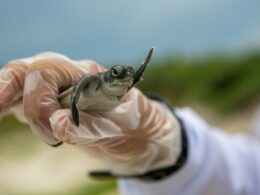 Accidentally or not, Terra has outperformed most of the market, along with most of the top coins over…
przezAaryamann Shrivastava 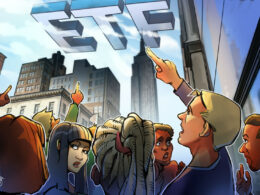 “A launch could come as soon as October, and we believe the SEC should permit several at once…
przezHelen Partz