New York-based cryptocurrency custody and exchange Gemini has refuted allegations about its involvement in the massive selloff of Terra’s native cryptocurrency, LUNA.
Gemini Says Not Involved in LUNA’s Price Decline
Gemini, via its official Twitter handle, has denied earlier rumors that the company contributed to LUNA’s price plunge after loaning 100,000 bitcoin (worth $2.8 billion at the time of writing) to investment company giants BlackRock and Citadel. The crypto exchange’s tweet said:

“We are aware of a recent story that suggested Gemini made a 100K BTC loan to large institutional counter-parties that reportedly resulted in a selloff in LUNA. Gemini made no such loan.”

Earlier rumors stated that BlackRock and Citadel jointly borrowed 100,000 BTC from Gemini. Both companies allegedly swapped 25,000 BTC for UST, an algorithmic stablecoin that has lost its peg, only to dump later both assets, which supposedly triggered LUNA’s massive selloff and further broke UST’s 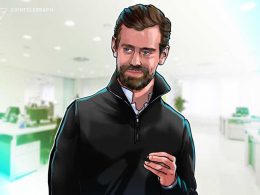 Jack Dorsey: Diem was a waste of time, Meta should’ve focused on BTC

Dorsey said that although Facebook probably started Diem for “the right reasons,” it should’ve used an open-ended protocol…
przezKeira Wright

AMBCryptoWhat’s the best-case scenario for Ethereum

Ethereum has held a valuation above $3000 since August 7th. It is a strong indication of a bullish…
przezBiraaj T 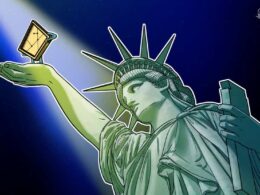