Could the SEC case against Ripple falter over a conflict of interest?

Newly discovered documents suggest a possible conflict of interest from a former SEC official when he made a speech about Ethereum which some claim could jeopardize the SEC’s case against Ripple.
Newly discovered documents could pose a major roadblock for the Securities and Exchange Commission (SEC) in its case against Ripple if they prove a former commission official had a conflict of interest.The SEC has been embroiled in a legal battle against blockchain company Ripple (XRP) since 2020 in which the crypto company and senior executives Brad Garlinghouse and Christian Larsen were charged with selling XRP tokens as unregistered securities.In a May 10 announcement, corruption watchdog Empower Oversight claimed that documents obtained under a Freedom Of Information request suggested former SEC Director of Corporate Finance William Hinman had a conflict of interest and should not have made a speech in 2018 in which he stated 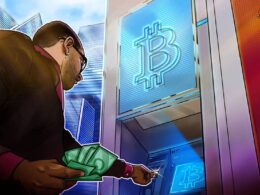 Non-fungible tokens (NFT) are becoming one of the most popular personal branding methods for athletes. National Football League…
przezParasshuram Shalgar 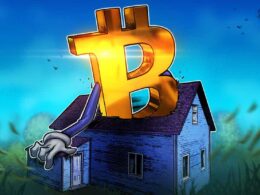 BTC price appears to be consolidating below $44,000, while analysts highlight $48,000 as the next short-term bull target.…
przezJordan Finneseth

Anthony Di Iorio is a well-known figure in the cryptocurrency space. He got into Bitcoin back in its…
przezGeorge Georgiev