Cardano founder Charles Hoskinson said that ADA’s $723 million treasury is decentralized.
Hoskinson, who is also an Ethereum co-founder, said this in response to a tweet made by dcSpark founder Sebastian Guillemot about the Cardano treasury.

And that’s only going to grow. Cardano has its own growth fund and its decentralized! https://t.co/uzTUaciMPE
— Charles Hoskinson (@IOHK_Charles) May 10, 2022

According to Guillemot, Cardano’s massive treasury allows projects like his to build on the blockchain network without any interruption. “In fact, we have two large tooling announcements in the next 1~2 weeks,” he added.
Cardano has seen significant developments in the past couple of months as more projects are building on it. Guillemot’s revelation shows that the treasury might have been assisting in funding these projects.
Dapps keep building on Cardano
A recent tweet by Cardano’s parent company, IOHK, confirmed that about 900 projects are currently building on it. This is

With bitcoin slipping after hitting a new all-time high around $49K and Canadian regulators approving a bitcoin ETF,…
przezLyllah Ledesma 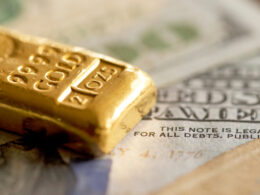 While gold is generally perceived to be the best hedge against inflation, a report written by author Kelsey…
przezTerence Zimwara

Stablecoins are digital currencies pegged to a sovereign currency such as the U.S. dollar. Tether is the largest…
przezShubham Pandey

AMBCryptoThis is what everyone got wrong about Bitcoin’s corrections

Accumulation in the Bitcoin market has become a frequently discussed topic within the crypto-community. With the previously subtle…
przezVaruni Trivedi