Anchor Protocol’s token called Anchor (ANC) has lost more than 70% in the last day, in part due to a sharp decline of overall deposits on the protocol and TerraUSD (UST) stablecoin failing to meet its dollar peg.
Anchor’s native token has fallen from $0.85 to $0.20, per CoinGecko. The ongoing price separation of UST from the US dollar may have contributed to a large selloff of the Anchor (ANC) token, analysts say, since Anchor depends on UST for its operations. The algorithmic stablecoin is currently trading at about $0.30 — a deviation of about 70% from its supposed dollar value.
“The ANC price crashed due to the loss of confidence in UST and the Terra ecosystem as a whole, as a result of the UST de-pegging,” said Eden Au, research director at The Block Research.
Anchor is a lending protocol on the Terra network, which pays out a yield of up to 20% to UST depositors through yield reserves. The protocol generates new ANC tokens to fund Anchor’s lending and borrowing activ

The popular cryptocurrency exchange Bitrue has delegated one million ADA tokens to a public stakepool. The company has…
przezJordan Lyanchev 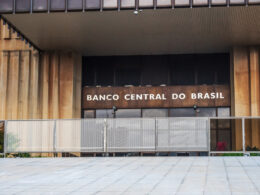 Brazilians have brought over $4 billion of cryptocurrencies to the country, according to numbers from the Central Bank…
przezSergio Goschenko 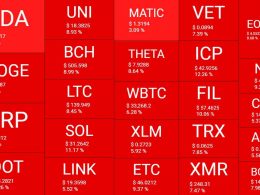 Following a somewhat stagnant weekend in which BTC remained in a range between $35,000 and $36,000, the asset…
przezJordan Lyanchev 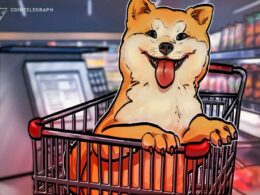 The latest price jump of SHIB token is attributed to an ongoing bullish trend from Oct. 15, which…
przezArijit Sarkar