Bitcoin has reached a critical support zone and if there is a bounce from this level ALGO, XMR, XTZ and THETA could move higher in the short-term.
The S&P 500 and the Nasdaq have declined for five consecutive weeks, indicating that traders continue to reduce exposure to risky assets. Bitcoin’s (BTC) close correlation with United States equity markets has resulted in its price remaining under pressure.Bitcoin has extended its decline during the weekend and is now on track for its sixth successive weekly loss, the first such occurrence since 2014. The weakness in Bitcoin has pulled down the entire crypto markets whose market capitalization has dipped below $1.6 trillion.Crypto market data daily view. Source: Coin360When the sentiment is bearish, traders sell on every negative news. The de-peg of Terra’s U. S. dollar stablecoin TerraUSD (UST) also appears to be increasing sell pressure across the crypto market.After Bit 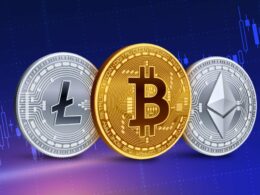 On March 27th, the Litecoin(LTC) price gave a massive breakout from the falling channel pattern. The coin price…
przezBrian Bollinger 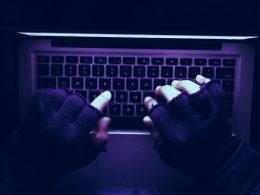 Decentralized finance is enjoying a period of sustained growth, with nearly $80 billion in assets locked into protocols, per…
przezJeff Benson

APE price continues to extend gains after moving beyond the crucial support near $12.90 on April 20. The…
przezRekha chauhan

A Sea of Fakes? Combating Counterfeit NFTs on OpenSea