Julian Sawyer’s time as CEO of Luxembourg-based crypto exchange Bitstamp appears to have ended.
Sawyer’s Twitter page now says: “Ex-CEO at @Bitstamp, co-founder at @Starlingbank, Honorary fellow at @Bayes Business School and advisor at @Voltbank. All views my own.” His LinkedIn account says: “Ex-Chief Executive Officer at Bitstamp.”
The Block reached out to Sawyer through Twitter and LinkedIn seeking his response but had not received any reply by the time this story was published.
It was only about 18 months ago that Sawyer took over one of the world’s longest-running crypto exchanges: Bitstamp, which was founded in 2011 by Nejc Kodrič and has more than four million individual customers as well as a number of institutional partners.
Sawyer was previously at Gemini, which he joined in December 2019 to lead its European expansion. Gemini Europe Services was able to achieve registration by the UK’s Financial Conduct Authority as a regulated crypto asset business in Augu 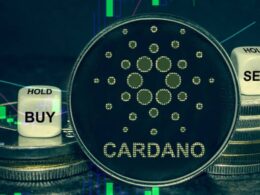 Cardano’s (ADA) price is trading modestly lower on Friday in a consolidated range. ADA price has not seen…
przezRekha chauhan 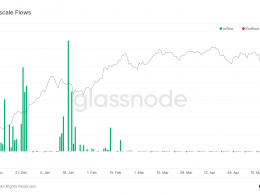 The Grayscale Bitcoin Premium Normalizes After Plummeting to Negative 21%

After plummeting to a multi-year low of -21%, the Grayscale Premium has normalized quite a bit to around…
przezJordan Lyanchev

Less than 1% Bitcoin addresses control 27% of its total supply

The total supply of the flagship crypto-asset, Bitcoin, now stands at around 19 million. While many tout the…
przezOluwapelumi Adejumo