Joe Rogan: Bitcoin Is Now a Viable Currency and the Government Is Freaking Out

Joe Rogan, the host of The Joe Rogan Experience, likens bitcoin to the early internet. Noting that now the cryptocurrency is “a viable form of currency” that “You can actually buy things with,” he said, “the government is freaking out.”

Joe Rogan, Bitcoin, and the Government
Famous podcaster Joe Rogan, the host of The Joe Rogan Experience, talked about bitcoin on his show, posted Tuesday. The show features an interview with UFC light heavyweight fighter Khalil Rountree Jr.
The Joe Rogan Experience is one of the world’s most popular podcasts with a back catalog of more than 1,800 episodes — each receiving millions of views regularly. In February, The New York Times reported that Spotify paid over $200 million for Rogan’s podcast, which is now exclusively available on the platform.
“I think about bitcoin the same way I think about the early internet,” Rogan told Rountree. Noting that the government “didn’t see it coming,” he said:
Now it’s a viable form of

Harju maakond,Tallinn – BTCa is a new and technological fork of bitcoin. The goal of the project is…
przezAnjali Sriniwasan 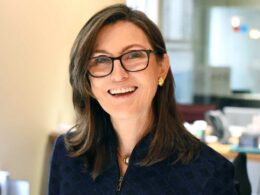 Cathie Wood, the CEO of investment management firm Ark Invest is a known Bitcoin bull. In a recent…
przezPrashant Jha 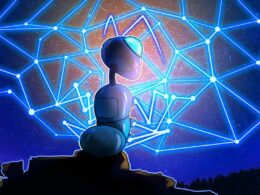 The platform will offer a suite of four assets on Ethereum, and a further five on Polygon. Automated…
przezTom Farren