Ice Cube Says He’s Down With the DOGE Army

Renowned American rapper and actor – O’Shea Jackson Sr. (better known as Ice Cube) – asserted that he is a supporter of the first-ever memecoin Dogecoin. Thus, he put his name next to the likes of Elon Musk, Roger Ver, Snoop Dogg, Gene Simmons, and more.
Ice Cube Among the DOGE Proponents
Despite being created as a joke in 2013, Dogecoin emerged as a leading digital asset with a market capitalization of over $17 billion. The token also attracted numerous celebrities who displayed their support over the past few years. The latest such person is the popular rapper, actor, and filmmaker – Ice Cube.
The American replied to a tweet from Bill Lee (a founding member of MyDoge wallet), stating he is “down with the Doge army.”

Shortly after, Ice Cube emphasized Bill Lee’s decision to purchase 25 Fire-Tier editions of BIG3’s Aliens for $600,000 worth of DOGE. 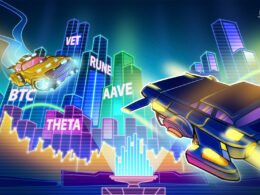 BTC is holding a key support level, which is allowing altcoins like VET, THETA, RUNE and AAVE to…
przezRakesh Upadhyay 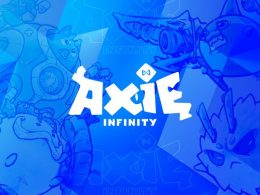 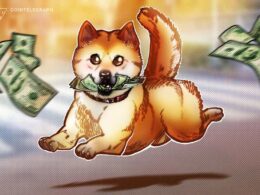 The funds gave him the ability to quit his job, which paid $68,000 annually, to stay at home…
przezTurner Wright

How much of a role does heavyweight marketing play in a decentralized crypto-system? Well, according to Polygon co-founder…
przezSahana Venugopal