The Bitcoin hash rate hit another all-time high and the 105,000th block since the last halving was mined, marking the halfway to the next halving.
Bitcoin (BTC) marks a milestone mining journey on Thursday, crossing the halfway point on the way to its next halving. In Block number 735,000, mined at approximately 10:29 UTC, Bitcoin crossed the halfway point to the next halving. The block was mined by Poolin, earning 0.16215354 BTC ($6,402.45) in fees. Halvings occur every 210,00 blocks, and May 5 marks the cross-over point into the second leg of 105,000 blocks. For some Bitcoiners, such as Samson Mow, the Bitcoiner pioneering Bitcoin nation-state adoption, the halving is a reminder to stack more SATs:WE ARE HALFWAY TO THE NEXT HALVING AND YOU HAVEN’T STACKED ENOUGH #BITCOIN YET.— Samson Mow (@Excellion) May 5, 2022

The halving cycle is a unique device that envelops the Bitcoin issuance rate. As the Cointelegraph Cry

Germany world’s most crypto-friendly country but averse to DeFi 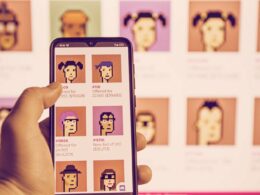 Alchemy Launches API for NFTs in Push to Accelerate Web 3 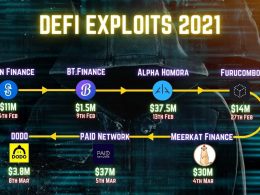 The $600M PolyNetwork Hack: What Exactly Happened and What Investors Should Be Aware of