Binance commits $500M to co-invest in Twitter with Elon Musk

Binance is among 18 co-investors in Elon Musk’s Twitter acquisition alongside firms like Sequoia Capital Fund and Fidelity Management and Research Company.
Major crypto exchange Binance has participated in Elon Musk’s $44 billion acquisition of Twitter, according to data filed with the United States Securities and Exchange Commission.On May 5, Musk filed an amended general statement of the acquisition, announcing that Twitter received an aggregate of about $7.2 billion in new financing commitments in connection with the merger agreement, subject to the conditions in co-investor equity commitment letters.According to the document, Binance is one of 18 co-investors in the acquisition alongside major crypto industry players like Sequoia Capital Fund and Fidelity Management and Research Company.Having invested $500 million, Binance is the fourth biggest contributor, following Lawrence J. Ellison Revocable Trust, which invested 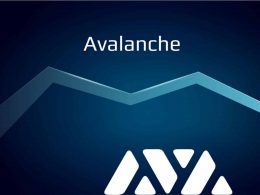 Avalanche (AVAX) price rises for the third straight session on Tuesday. AVAX’s price has gained above 40% in…
przezRekha chauhan

Joseph Chase Oaks, 22, is facing a slew of charges in connection with the fraudulent cryptocurrency scheme from…
przezEd Drake

Coinbase IPO: How much of its success will depend on Bitcoin?

Coinbase started its journey by helping users buy Bitcoin. Fast-forward 8 years and users will be able to…
przezBiraajmaan Tamuly

Top 5 NFT smart contract vulnerabilities to watch out for