What is next for New York’s crypto mining moratorium bill?

Earlier this week, the New York Assembly voted yes on a controversial bill that would place a two-year moratorium on certain types of crypto mining operations that use electricity generated by “carbon-based fuel.”
The debate over the bill has attracted a fair amount of attention from cryptocurrency advocates opposed to the policy. But in order for it to become law — at least during this legislative session — a version of it has to pass in the state Senate before the session ends on June 2.
At the moment, moving it through the Senate does not appear to be on the agenda. But that could still change.
A “robust discussion” ahead
The Senate version is currently in the Environmental Conservation Committee, which is meeting next Tuesday. And according to the agenda posted online Thursday, the moratorium bill will not be heard. As of publication time, the committee has not scheduled any additional meetings before the end of the legislative session.
It’s still possible for the bill t 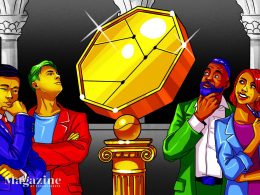 Is the cryptocurrency epicenter moving away from East Asia?

Bitcoin has plummeted once again just days after finding some stability above $40,000. The fall follows a vow…
przezJohn Kiguru

AMBCryptoUp and Close with Arvydas Kublickas; CEO of CODI Finance

While DeFi has gained a lot of popularity in the past recent past, there are a lot of…
przezAnjali Sriniwasan

The company plans to double its headcount to 1,400 by the end of 2021.
przezNikhilesh De