Digital asset exchange Binance has blocked accounts tied to relatives of government officials in Moscow. Amid mounting international penalties over Russia’s invasion of Ukraine, the trading platform said it will continue to check for users associated with sanctioned individuals.
Crypto Exchange Binance Bans Children of Top Russian Figures
Binance, the world’s leading cryptocurrency exchange, has blocked several accounts linked to relatives of some high-ranking members of Russian President Vladimir Putin’s administration, Bloomberg reported. The move comes as sanctions continue to rain on Russia in response to its military assault on neighboring Ukraine.
Among the users who have been denied access in the past two months since the Russian troops crossed the Ukrainian border are the stepdaughter of Foreign Minister Sergei Lavrov, Polina Kovaleva, and Elizaveta Peskova, the daughter of the Kremlin spokesman Dmitry Peskov.
Binance also banned Kirill Malofeev, the son of Russian oliga

The OneCoin founder allegedly fleeced investors out of as much as $5 billion in 2017. She hasn’t been…
przez

Fundamental Investing Is Alive and Well in Crypto

Ironically, digital assets might be one of the best asset classes for true fundamental investment analysis, says our…
przezJeff Dorman 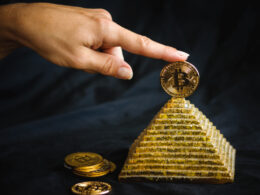