Goldman Sachs becomes the first major U.S. bank to offer cash loans collateralized by Bitcoin.
The financial service giant has announced several crypto services so far this year in 2022 in a show of confidence in the industry.

On Thursday, April 28, Wall Street banking giant Goldman Sachs announced the launch of its first bitcoin-backed loan offering. This is the first significant step by any major U.S. bank that could accelerate further acceptance of crypto.
Thus, Bitcoin owners can now secure cash loans from Goldman Sachs by putting their BTC as collateral. A Goldman spokeswoman told Bloomberg that the deal was interesting due to its structure and 24-hour risk management.
This move will further bridge the gap between the traditional financial world and the crypto sector. Besides, it will encourage more banking institutions to join the crypto bandwagon.
This year in 2022, Goldman Sachs has been making a major move in the crypto space. During the last month of March 2022, the bankin 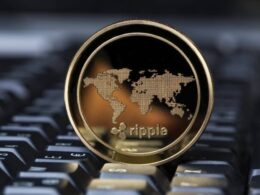 Ripple’s XRP price has recently seen a decline in volatility, after an earlier price hike three weeks ago.…
przezSunil Sharma

The hype of the gamified NFTs platforms is far from the end. The number of players is constantly…
przezAnjali Sriniwasan 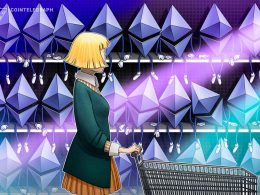 Institutions were aggressively accumulating ETH in the lead up to the launch of CME futures, with Ether products…
przezMartin Young

Ripple Lawsuit: Why 17th Feb. Is Crucial In Ripple Vs SEC Case?

Mystery behind the sealed memos? SEC vs Ripple lawsuit is picking up heat and next few moves may…
przezSunil Sharma