After 3 Years of Development, Farsite Alpha to Go Live on June 21

przezPress Release
Total
0
Shares
0
0
0
0
0
[PRESS RELEASE – Please Read Disclaimer] Ever since the inception of bitcoin over a decade ago, the subsequent entire crypto industry has incurred numerous changes, developments, and ultimately, growth and expansion. The way that it is set up right now is significantly different from what it was at the start of the previous decade.
The decentralization that came with blockchain technology, however, went several steps further as it allowed other niches to go through massive changes as well. Gaming is among those, as the birth of play-to-earn altered players’ expectations.
This led to the emergence of new projects trying to capitalize on this trend but what most of them lack is substantial research and development procedures. In contrast, Farsite has been in production for over three years, but the team behind the project announced that the real deal will come on June 21.
Farsite Alpha on the Horizon
Thousands of users have already taken advantage of the Farsite universe. The project 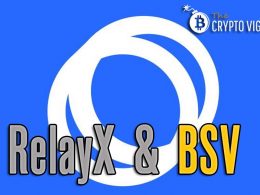 Jack Liu on The Crypto Vigilante: ‘There needs to be more interoperability between products in BSV’

Jack Liu, the creator of FloatSV, RelayX, and CambrianSV, recently guested on The Crypto Vigilante, a show hosted…
przezPatrick Thompson ParaSwap Issues Out 150 Million of Its New Token In Airdrop, Here’s How Eligible Users Can Claim

Decentralized Finance DeFi Project ParaSwap, has announced that it is launching its native cryptocurrency — the PSP, today.…
przezMayowa Adebajo

AMBCryptoThese factors will be ‘major catalysts’ for ‘exponential’ rise in Bitcoin, Ethereum prices

Two of the largest cryptocurrency tokens, Bitcoin and Ethereum have defied several odds over the years. Bitcoin was…
przezShubham Pandey

AMBCryptoSpain: Here are the latest regulatory requirements for crypto-exchanges

Spain’s central bank is all set to roll out the new registration process for crypto-exchanges by September-October. Exchanges,…
przezAnjali Jain