Once sold for over $2M, Jack Dorsey’s first-ever NFT tweet struggles to sell

NFT Collectors only bid around 0.09 Ether ($277) for Jack Dorsey’s first tweet NFT which was on offer for a limited time.l
The auction came to an end yesterday with the lowest bid of 0.019 Ether (around $5.8) despite the NFT selling for over $2 million last year.

Last year, Jack Dorsey, the founder of Twitter, auctioned his first-ever tweet as a Non-Fungible Token (NFT). This was purchased by Iranian-born Sina Estavi for $2.9 million. Following the recent boom of the NFT market, the Bridge Oracle CEO put it up for sale, seeking $48 million for it. He earlier announced that he will donate half of the proceeds which he estimated to be at least $25 million to US charity GiveDirectly. Interestingly, the NFT that saw high-profile bids last year is currently struggling to sell.
According to reports, Collectors only bid around 0.09 Ether ($277). The auction came to an end yesterday with the lowest bid of 0.0019 Ether (around $5.8). It is reported that Estavi received several bids after t 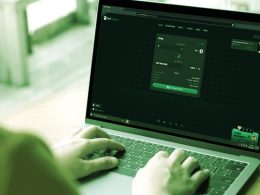 Ref Finance Raises $4.8M To Build Out DeFi On Near Protocol 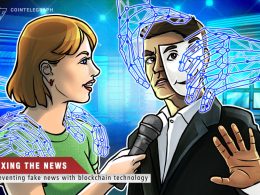 Blockchain technology implemented in the media industry will help to prevent fake news from spreading. Fact-checking agencies are…
przezArsenii Tretiakov

An official of the People’s Bank of China (PBoC), the country’s central bank and chief financial regulator, said…
przezShaurya Malwa

AMBCryptoHigh-risk XRP traders might want to check out these levels