MicroStrategy will not be taking a break from buying and hodling Bitcoin any time soon according to a letter to investors from the company’s CEO, Michael Saylor.
MicroStrategy CEO Michael Saylor has proclaimed to shareholders of his company that his firm intends to “vigorously pursue” its reserve assets strategy to buy and hold more Bitcoin.Saylor’s publicly traded company is the largest single-wallet holder of Bitcoin (BTC) in the world with 129,218 BTC according to wallet tracker Bitcoin Treasuries. Those coins are currently valued at about $5.1 billion. MicroStrategy bought 4,197 more coins on April 5. By comparison, Tesla, MicroStrategy’s runner-up in the hodling race, owns 43,200 BTC valued at about $1.7 billion.In MicroStrategy’s 2022 Proxy Statement that was filed with the SEC on April 14, Saylor praised his company’s ongoing success in being early to add BTC to its treasury and add value for customers and s 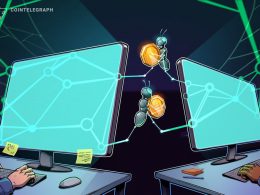 The company behind Daml said it tripled its customer base in 2020, with half of the new business…
przezSam Bourgi 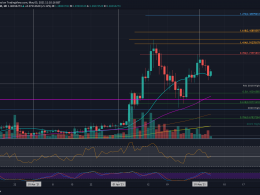