Tesla CEO Elon Musk has offered to completely buy out Twitter with a $43 billion offer, in the name of free speech. He’s offering $54.20 per share for all 800,641,166 shares of Twitter’s common stock.
However, one crypto investment firm doesn’t believe this is a meaningful development for freedom, given the inherent weaknesses of centralization.
Elon Musk’s Grand Twitter Plans
Musk’s offer – announced publicly over Twitter today – represents a 38% premium over Twitter’s closing price value on April 1st. That was the day before Musk revealed his 9.2% stake in the company, which subsequently sent its stock soaring.
Musk later offered to join Twitter’s board of directors but withdrew his offer once he realized this would cap his ownership stake in the company below 15%.
Today, his intentions for a total Twitter takeover and reform were made explicit:
“I am offering to buy 100% of Twitter for $54.20 per share in cash,” he said to board chairman Bret Taylor in a letter 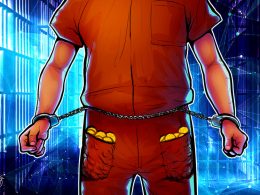 Cred’s former Chief Financial Officer, James Alexander, has been identified by U.K. authorities as a prison escapee who…
przezSamuel Haig

XRP locked in a 13.6% gain while eyeing its $1.22 resistance level. Dogecoin, after logging gains, managed to…
przezAnushmita Samal 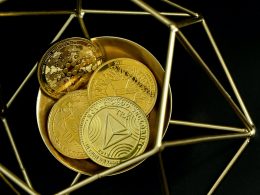 AMBCryptoFlickto: UK-based startup launches app giving back control of media to the community

The UK-based startup, Flickto wants to revolutionize the media space by empowering both the community who stake with…
przezAnjali Sriniwasan