Tesla and SpaceX CEO Elon Musk has made an unsolicited offer to fully acquire social media giant Twitter for a total cash consideration of $43 billion, according to SEC filings.
Musk has offered $54.20 per share — representing a 54% premium over the Jan. 28 closing price — to acquire the social media giant.
Musk made the announcement by tweeting the regulatory filing with the caption “I made an offer.”

The news caused Twitter’s share price to soar 18% in pre-market trading before falling to around $48 per share.
Twitter shares weren’t the only asset that reacted to the news. Musk’s love for meme coins, especially Dogecoin (DOGE), combined with the news and rumors that Doge might become Twitter’s tipping currency, seems to have caused a positive reaction in both DOGE and the canine cousin Shiba Inu (SHIB).
DOGE and SHIB spiking
Doge was trading at a local low of $0.138 before the news bro

Cardalonia, a Cardano Metaverse Project building a creator-centric Metaverse on the Cardano blockchain that will connect creators, developers,…
przezAnjali Sriniwasan 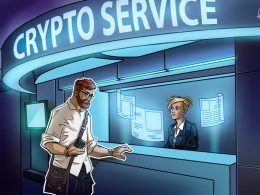 After leading Lukka’s Series C funding round in late 2020, State Street partners with the firm to offer…
przezHelen Partz 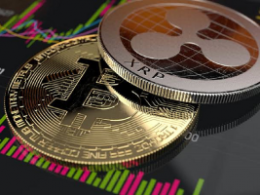 Ripple has embraced downward price action since the beginning of June. The international money transfer token crashed from…
przezJohn Isige