Bitcoin Mining Difficulty Drops for the Third Time in 2022, Just Over 100K Blocks to Go Until the Halving

Bitcoin miners have received their third break this year as the network’s mining difficulty adjusted downward by 1.26% on April 14 at block height 731,808. Currently, miners have more than 200 exahash per second (EH/s) in computational power dedicated to mining the Bitcoin blockchain as hashrate increased after the difficulty reduction. Additionally, bitcoin miners have another 108,160 blocks to go until the bitcoin reward halving that’s estimated to occur on or around May 3, 2024.
Bitcoin Miners Catch Their Third Break in 2022
Bitcoin’s mining difficulty adjustment algorithm (DAA) dropped on Thursday, as the parameter slid by 1.26% at block height 731,808. The reduction is the third DAA drop in 2022, as the difficulty slid by 0.35% on March 17 and by 1.49% on March 3. In 2021, the DAA dropped seven times and saw one of the largest reductions over the course of Bitcoin’s lifetime on March 7, 2021, sliding 27.94% lower that day. Since the change, BTC’s hashrate has increased a 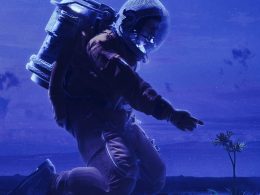 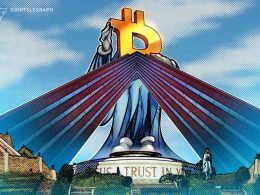 Three U.S. Senators proposed a bill which would commission a lengthy report detailing the inner workings of El…
przezBrian Newar

The IOTA network is moving forwards with the development of its multi-asset ecosystem. The foundation will soon launch…
przezAndrew Throuvalas 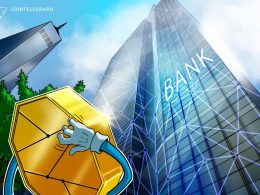