Ava Labs Inc., the lead developer behind the Avalanche (AVAX) blockchain, is looking to raise $350 million in a funding round at a $5.25 billion valuation, Bloomberg News reported, citing people familiar with the ongoing discussions.
If closed, the deal would make Ava Labs one of the world’s most valuable crypto projects.
Avalanche is an umbrella platform for launching decentralized finance (DeFi) applications, financial assets, trading, and other services. Its aim is to be something of a global assets exchange, allowing anyone to launch or trade any form of asset and control it in a decentralized manner using smart contracts and other technologies.
250 dapps active on Avalanche
Developers at Ava Labs claim that Avalanche is the first smart contracts network to offer transaction finalization in under one second as standard. The system has generally proven to be fast and cheap in gas fees.
Founded and helmed by Cornell University professor Emin Gun Sirer, Avalanche launched its mainne 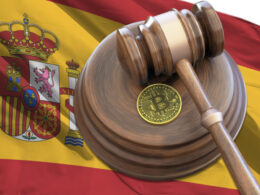 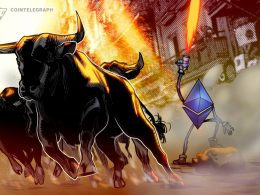 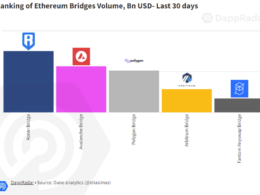 $1.8 billion moved to Ronin DEX from Ethereum in 2 weeks