przezPress Release
Total
0
Shares
0
0
0
0
0
[PRESS RELEASE – Tallinn, Estonia, 7th April 2022] PARSIQ has announced that its native token PRQ will be listed on the trading platform CryptoCom starting April 7th.
PARISIQ, the Web3 monitoring, and data-automation platform have announced that users are able to trade $PRQ tokens on the CryptoCom Exchange, one of the world’s three largest crypto trading platforms by volume, starting today.
The announcement dovetails with the news that CryptoCom Capital led the $12MM fund-raising round for PARSIQ’s sister project, IQ Protocol. The listing of PRQ points to confidence in PARSIQ and the team to deliver long-term value to the blockchain industry.
This follows PARSIQ’s recently expanded vision which will build upon previous core technologies to become the go-to backend for Web3 applications, akin to Google Firebase on Web2.

CryptoCom joins KuCoin, OKX, MEXC Global, Gate.io, and Coinmetro amongst the exchanges already offering PRQ as well as DEXs such as UniSwap and Pancake Swap.
Wi

Over the past few months and years, Bitcoin, the world’s largest cryptocurrency, has managed to turn many lawmakers…
przezNamrata Shukla 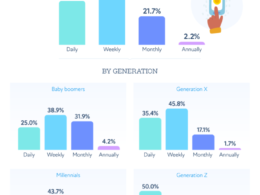 Study shows Ripple, Polkadot, and Stellar holders are the ‘most anxious’ crypto owners

Set to explore current investor habits and the impact that 24/7 crypto trading can have on mental health,…
przezAna Grabundzija 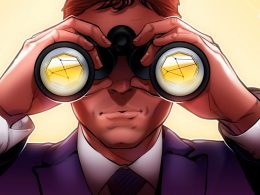 With US regulators handing out $2.5B in fines since 2014, crypto is not the ‘wild west’ of finance

An Introduction to Querying Blockchain Data

Quick Take Blockchains provide open databases from which past transactions and smart contract interactions can be queried. Financial…
przezMika Honkasalo