The third-richest billionaire in Mexico, Ricardo Salinas Pliego, has shared his experience of living through hyperinflation. He warned that the U.S. and several other civilized countries are “going exactly the same route” his country went through in the 1980s.
Mexican Billionaire Warns About Inflation
Mexico’s third-richest billionaire, Ricardo Salinas Pliego, gave some advice Thursday regarding inflation, hyperinflation, bitcoin, and fiat currencies at the Bitcoin 2022 conference in Miami, Florida.
Salinas is the founder and chairman of Grupo Salinas, a group of companies with interests in telecommunications, media, financial services, and retail stores. According to Forbes’ list of billionaires, his net worth is about $13 billion currently.
The billionaire began by sharing his own experience living with inflation. “I was making $2,000 in 1980 and a few years later I was making 20 bucks — the same salary was down from 2,000 to 20 bucks,” he said, adding:
So I know about

AMBCryptoIs Bitcoin ready for 80% gains in ‘MooNovember,’ after a smashing ‘Uptober’

October was a month of sweet victories, some historical announcements, and a well-carved all-time high for Bitcoin. Since…
przezVaruni Trivedi

The crypto market surpassed the combined market cap of $3 trillion for the first time on 8 November,…
przezShraddha Sharma 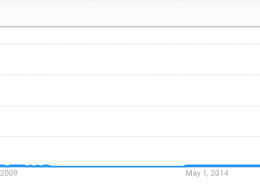 The latest developments in the cryptocurrency space have caught the attention of retail traders. Google trends data shows…
przezJordan Lyanchev