U.S. Senator Warren says “Crypto is this decade’s bubble,” is that really true?

US Senator Warren appeared on the NBC News “Meet the Press Reports” show to speak on the state of the cryptocurrency market and digital currencies in general. When asked if she considers bitcoin to be “this decade’s real estate bubble,” she said:
“The whole digital world has worked very much like a bubble works. What has it moved up on? It’s moved up on the fact that people all tell each other that it’s going to be great, just like it was on that real estate market.”
Senator Warren continued on to say:
“How many times did people say: ‘Real estate always goes up. It never goes down’? They said it decades ago before the last real estate bubble. They said it in the 2000s, before the crash in 2008.”
This formed part of her view that cryptocurrencies would eventually be regulated and that the US should create its own Central Bank Digital Currency (CBDC). However, are we really in a bubble?
The cryptocurrency market has experienced multiple bull markets that have ou 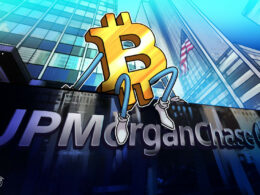 The banking giant says Terra’s collapse did not appear to harm the VC market, and things will be…
przezDerek Andersen 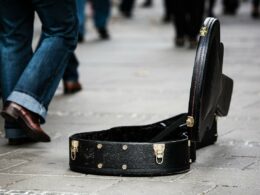 The Wikimedia Foundation, the non-profit that funds Wikipedia, is in the news today after it announced that it…
przezJibin George

SEGA backtracks on NFTs, calls them part of gaming’s ‘future’