The Ministry of Finance of the Russian Federation has revised a draft law designed to regulate the country’s crypto space, introducing provisions for cryptocurrency mining. The bill has been resubmitted to the government and may be adopted during the parliament’s spring session.
Updated Law ‘On Digital Currency’ Filed With Russian Government
Russia’s Ministry of Finance has amended a bill intended to implement comprehensive rules for the Russian cryptocurrency sector. The latest version now takes into account the positions announced by other government institutions on the matter, the department announced Friday.
The finalized draft law “On Digital currency” has been returned to the cabinet of ministers in Moscow. The legislation, which was initially submitted to the federal government in February, aims to regulate crypto transactions in Russia as well as the activities of crypto market players. It was prepared to fill the regulatory gaps left after the adoption of the la AMBCryptoThinking to go long on Axie Infinity? Here’s why you shouldn’t at the moment

Axie Infinity price witnessed a quick exponential upswing over the past week, indicating a resurgence of buyers. However,…
przezManisha Mishra 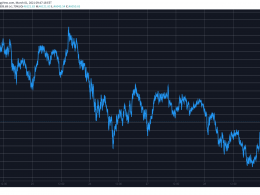 Following a bloody weekend and a drop to $43,000, BTC has bounced off and has added about $3,000…
przezJordan Lyanchev 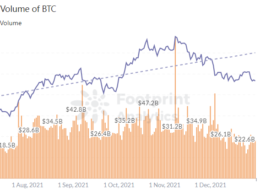 Footprint Analytics Monthly Report: Who will hold on to the 2nd place in the public chain, Binance or Terra?

Growth in the crypto market slowed in December, with DeFi‘s TVL falling to $270.69 billion,  down 5.23% MoM,…
przezFootprint Analytics 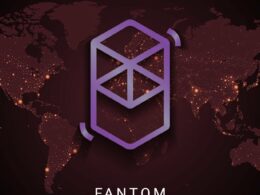 What happens to a crypto network when a $50 million loan gets liquidated on-chain? Well, last week Fantom…
przezLiam J. Kelly