Elon Musk, the CEO of Tesla and SpaceX, purchased a 9.2% stake in Twitter, which became known recently, and was appointed to the board of directors shortly after. Now, the billionaire made several propositions to the social media giant’s paid subscription plan, one of which sees the implementation of Dogecoin payments.

As reported by CryptoPotato earlier this month, Musk filed documents with the Securities and Exchange Commission showing that he purchased over 70 million Twitter shares, making him one of the two largest TWTR stockholders.
Days later, news broke that the billionaire became a board member and suggested “significant improvements” for the platform. Twitter CEO Parag Agrawal welcomed the move, saying Musk will bring “great value” to the board.
It didn’t take long for Musk to outline several propositions. In a series of tweets, he suggested that the subscription price should be lowered from $3 to $2 per month but paid 12 months upfront under certain conditions.

‘Dogefather’ does it again: Why are ‘petcoin’ meme cryptos off the leash? 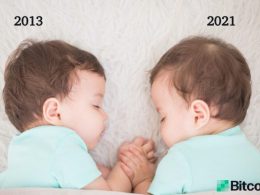 After the price of bitcoin touched a high of $64,895 per unit, speculators and skeptics think it might…
przezJamie Redman 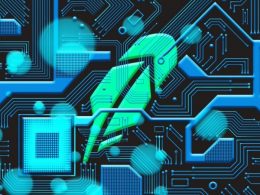 The stock price for Robinhood, the popular cryptocurrency and stock trading app, was down more than 10% at…
przezFrank Chaparro