Billionaire Paypal co-founder Peter Thiel has compiled a list of bitcoin’s enemies, the “finance gerontocracy” he said is stopping the price of the cryptocurrency from soaring a hundred times. Berkshire Hathaway CEO Warren Buffett tops the list. Thiel called him “the sociopathic grandpa of Omaha.”

Peter Thiel Unveils List of Bitcoin’s Enemies
Billionaire Paypal co-founder Peter Thiel shared his list of enemies stopping bitcoin from rising 100x Thursday while speaking at the Bitcoin 2022 conference in Miami, Florida.
The “enemies list [is] a list of people who I think are stopping bitcoin,” he said. “There’s a lot of them, they tend to have nameless faceless bureaucrat perspectives, which is of course one of the ways they hide.” Thiel continued:
We are going to try to expose them and realize that this is sort of what we have to fight for bitcoin to go up 10x, 100x from here.
“The central banks are going bankrupt. We are at the end of the fiat money regime,” he 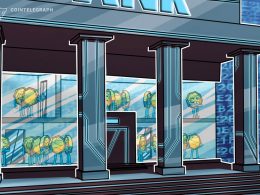 Nebraska could follow Wyoming and open its first crypto bank should the bill pass the final round. Lawmakers…
przezMartin Young 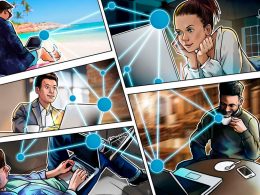 If your NFT idea is innovative enough, Snoop Dogg, Mark Cuban, Ashton Kutcher, and other celebrities could invest…
przezJoshua Mapperson 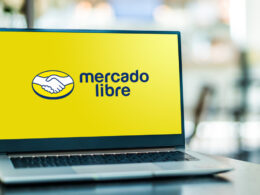 Mercadolibre, one of the biggest Latam-based unicorns, has announced strategic investments in two cryptocurrency exchanges: Paxos and Mercado…
przezSergio Goschenko 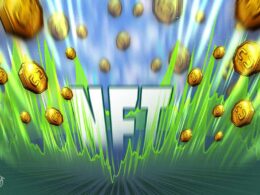 A listing at Coinbase and the upcoming sale of the first real estate NFT in the U.S. appear…
przezJordan Finneseth