Following a gain of over 25% on Friday, NEAR dropped by over 10% to start the weekend, while XMR rose to a four-month high. The move in NEAR comes as traders look to be taking profits from recent highs, and as market uncertainty remains high.
Near Protocol (NEAR)
After being Friday’s biggest gainer, climbing by over 25%, NEAR was trading lower to start the weekend.
NEAR/USD fell to an intraday low of $16.39 during today’s session, as bullish sentiment in the world’s nineteenth-largest cryptocurrency began to fade.
This drop follows on from a top of $19.45 less than 24 hours ago, which came after speculation grew that Near Protocol would create a stablecoin that would rival the likes of Terra’s UST.

Looking at the chart, yesterday’s peak was close to resistance of $20, and traders likely dumped NEAR as price uncertainty emerged at that level .
Today’s selloff has now sent prices below short-term support at $17.50, with some bears likely targeting the lower support of $15 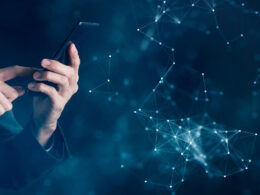 While the crypto economy has seen a decent uptick in performance during the first week of October, a…
przezJamie Redman

AMBCryptoMajor developments on the horizon for ADALend