LUNA Foundation Now Holds Over $1.3 Billion Worth Of Bitcoin

In a bid to accumulate $10 billion worth of Bitcoin (BTC), Terra Foundation has added another 2,830 BTC (approx $133.5 million) to its wallet. According to WU Blockchain, OKLink has identified the BTC wallet address of the foundation which now holds over $1.3 billion worth of Bitcoin. The total balance now stands at 27,784.96 BTC. The world’s largest cryptocurrency is trading at $47,179.
LUNA aims to build $10B BTC reserve
Do Kwon, Co-founder and CEO at Terraform Labs, on 14 March, announced that TerraUSD (UST) with $10 billion will rack up bitcoin to serve as their reserves. This will open a new monetary era of the BTC standard, he added. This started the massive Bitcoin accumulation by Luna.
Earlier, Terra posted a proposal built by Jump Crypto on how Luna Foundation Gaurd can deploy its BTC reserve on-chain in a reserve model which will defend UST amid downward pressure.
According to OKLink, the Luna Foundation Guard’s wallet address is doing 9 transactions per day while a maxim 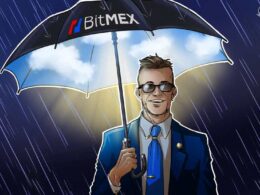 Founded by BitMEX execs, the BXM Operations plans to expand operations in Europe through the acquisition of the…
przezEzra Reguerra 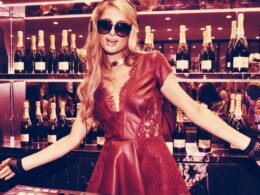 Hilton’s fascination with the NFT space continues with her latest investment in Origyn. Czytaj więcej We współpracy z:…
przezTim Hakki 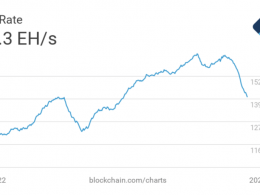 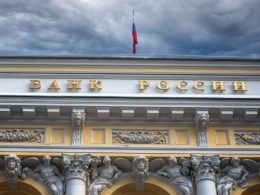 Russia’s central bank has examined three platforms offering crypto-related services. The projects have been tested in its regulatory…
przezLubomir Tassev