Bitcoin registered an impressive leg up, resulting in nearing $48,000 for the first time since the start of the year. The alternative coins are also well in the green, with impressive daily gains by Solana, Polkadot, Avalanche, Dogecoin, Shiba Inu, and more.
Bitcoin Taps 12-Week High
Bitcoin broke above $40,000 on March 16 and hasn’t looked back ever since. After a few close-calls, the asset started to gradually reclaim other round-numbered milestones, which ultimately led to tapping $45,000 a few days ago, as CryptoPotato reported on Friday.
The weekend started in a rather calm manner as BTC had retraced slightly but still remained in a range between $44,000 and $45,000.
Sunday was also a relatively slow day, at first, before it all changed. The cryptocurrency shot up by nearly $3,000 in hours and spiked to an intraday high of $47,800. Moreover, this became the asset’s highest price tag since January 2. The massive price increase also led to over $400 million worth of liquidations 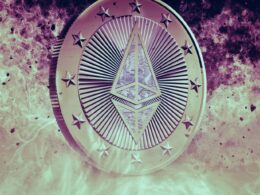 Now that Anypay has been integrated into the Acadia POS system, merchants can seamlessly accept digital currency the…
przezPatrick Thompson

The Chinese government’s Bitcoin mining crackdown, imposed earlier this May, led to the cryptocurrency crashing to levels it…
przezAnjali Jain

“I see the promise of these new technologies, but I also see the reality: Cryptocurrencies have been used…
przezNamrata Shukla