Cryptocurrency adoption comes in different forms these days, but it seems that countries and cities are becoming more open to the idea of allowing certain payments to be made using such assets. Brazil’s second-largest city said it wants to become the first within the nation’s borders to accept BTC payments for taxes.

The report from Bloomberg Linea outlined the announcement from the city of Rio De Janeiro indicating that residents will be able to pay IPTU (Imposto Sobre a Propriedade Predial e Territorial Urbana) using digital assets as of next year.
The municipality wants to work with companies specialized in converting cryptocurrencies into Brazilian real, reads a note from the City Hall. Meaning, once locals transfer the crypto funds, they will be automatically converted into fiat.
Back in January, the city’s mayor introduced a working group focusing on how to accelerate the usage of cryptocurrencies to boost the local economy.
The note from the City Hall outlined the creatio

Archer DAO combats one of the most criticized problems plaguing the DeFi market today: That of opportunist bots…
przezShaurya Malwa

AMBCryptoThis can pave way for XRP’s comeback above $1, perhaps to $1.29

September has not been kind to XRP. Pressurized by multiple mini-crashes during the month, XRP’s 30-day ROI slipped…
przezSaif Naqvi

IOTA Pollen v0.4.0 lays the groundwork for the rollout of Mana and Nectar. The release is also fully…
przezJake Simmons 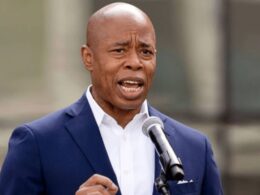 Eric Adams, the Mayor of New York City (NYC), is advocating for the abolishment of the stringent BitLicense…
przezAnthonia Isichei