Miners that hodl the most Bitcoin are ‘relentlessly expanding’

According to a series of mining metrics, not only are miners holding hard but they’re also dramatically increasing their hash rate.
Bitcoin (BTC) miners are holding more and more Bitcoin while “relentlessly expanding” their operations in 2022. A report by Arcane Research indicates that publicly listed Bitcoin miners are “constantly looking for expansion opportunities,” as they “plan to increase hashrate faster than the whole network in 2022.” Publicly listed Bitcoin miners projected hashrates. Source: Arcane Research44.95% of the global hash rate derives from North American miners, according to the latest figures from the Cambridge Bitcoin electricity consumption index. With the massive projected increases in target hash rate among the publicly traded Bitcoin miners, it‘s “likely to increase.”Jaran Mellerud, an analyst for Arcane Research, told Cointelegraph that “most publicly listed miners pursue a h

The truth about getting rich in crypto

Сapitalization growth of cryptocurrencies was the beginning of a new “Gold Rush”. The number of those who regret…
przezJohn Kiguru 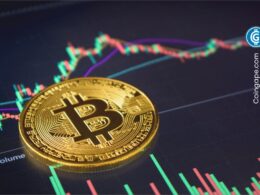 The cryptomarket’s altcoins made up slightly for the losses incurred yesterday. Ethereum’s 0.2% gain helped it continue trading…
przezAnushmita Samal