The firm also highlighted that the Immutable X NFT marketplace deal is set to fetch the firm $150 million worth of IMX tokens upon the “achievement of certain milestones.”
Much loved retail video game store chain GameStop (GME) is looking ahead to its long-awaited NFT marketplace and Web3 gaming unit after suffering a net loss of $147.5 million during Q4 2021 GameStop quietly built a barebones NFT website in mid-2021 but has significantly ramped up efforts this year after unveiling an NFT and Web3 gaming division in January along with penning a major partnership with Ethereum (ETH) scaling solution Immutable X the following month to build an NFT marketplace. As part of the Q4 results — ending on January 29 and published on March 17 — GameStop revealed that it intends to launch its NFT marketplace by the end of Q2 2022.$GME will reportedly open their NFT marketplace at the end of their second quarter 2022.SHARE THIS A 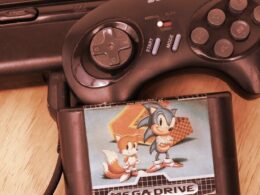 Sega’s five-year ‘Super Game’ plan will see it develop titles that “go beyond the traditional framework of games”.…
przezScott Chipolina 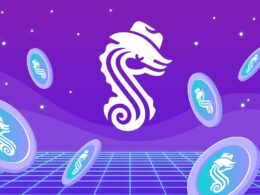 AMBCryptoSaddle announces end of lock-up period for its $SDL token

According to FT, some Chinese investors are defying China’s crypto ban by turning to decentralized exchanges (DEXs). Rather…
przezSamuel Wan