Russia sanctions could push other countries to develop their CBDCs

Banking executive Hiromi Yamaoka believes that the conflict in Ukraine could influence central bank digital currencies (CBDCs) policy globally.
The former head of payments and settlements department at the Bank of Japan sees countries such as China exploring CBDCs to counter the dominance of US dollars.
China, others could explore CBDC to counter US Dollar dominance
Since Russia invaded Ukraine on its “special military operation,” world powers led by the US have imposed strict sanctions. Most of these sanctions have cut the country’s access to foreign exchange, making it impossible to make settlements in US dollars.
According to Yamaoka, sanctions using financial infrastructure should not be overused to maintain efficacy. He added that
The most effective, powerful weapon was the freezing of Russia’s foreign reserves.
Yamaoka continued that these sanctions have shown the effect of politics and national security on global financial infrastructure. Seeing just how much power w

Did Power Outage and Bitcoin Hash Crash Cause Markets to Bleed?

Bitcoin dumped 12.5% in a matter of hours over the weekend sliding from $61,450 in late trading on…
przezMartin Young 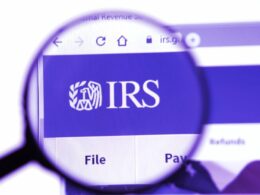 The IRS’s ‘Operation Hidden Treasure’: What it Means for Crypto Holders

Former Binance.US CEO Catherine Coley has been missing for 9 months