The famous author of the best-selling book Rich Dad Poor Dad, Robert Kiyosaki, has predicted the end of the U.S. dollar. Furthermore, he said that the Russian-Ukraine war has given rise to crypto as “a safer haven asset than government fake fiat money.”

Robert Kiyosaki on War and Bitcoin
The author of Rich Dad Poor Dad, Robert Kiyosaki, discussed bitcoin, the Russian-Ukraine war, and the end of the U.S. dollar in a series of tweets Tuesday.
Rich Dad Poor Dad is a 1997 book co-authored by Kiyosaki and Sharon Lechter. It has been on the New York Times Best Seller List for over six years. More than 32 million copies of the book have been sold in over 51 languages across more than 109 countries.
Citing that many Russians are using bitcoin as a lifeline after the Russian ruble collapsed, he wrote: “Ukraine/Russian war giving rise to crypto as a safer haven than government fake fiat money.”

StormGain is an advanced and smart platform that provides safe and secure cryptocurrency trading. Being a free cryptocurrency…
przezAnjali Sriniwasan 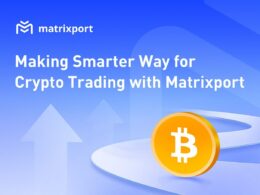 While blockchain and its related digital assets are gaining wider adoption around the world, new methods of sourcing…
przezAnjali Sriniwasan

One of the leading cryptocurrency exchanges, FTX, just revealed that it finalized massive funding round, the numbers in…
przezGeorge Georgiev 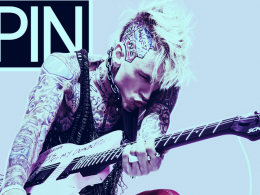 Music media publication SPIN, which existed as a print magazine from 1985 to 2012 and continues on today…
przezAndrew Hayward