San Francisco-based Kraken will list Internet Computer on the Kraken and Kraken Pro platforms this Friday.
On its debut in May 2021, Internet Computer stormed the market cap rankings, peaking as high as fourth place. It’s rare for newcomers to have such an impact from the off, which triggered massive interest across the board at the time.
Indeed, its game plan, which can be summarized as building a free and open internet controlled by users, not “big tech,” had mass appeal and still does today.
But huge drawdowns followed, and within a month of launching, $ICP was down 88% from its $885 all-time high (ATH). Currently, it’s down 98% from its ATH, with February 24 marking an all-time low of $14.88.
Source: ICPUSDT on TradingView.com
Based on this performance, the project became a prime example of not FOMO’ing in. However, that hasn’t deterred Kraken from listing the project.
What is Internet Computer?
Internet Computer is looking to build a decentralized, scalable cloud solut

AMBCryptoCitadel CEO explains why Ethereum will replace Bitcoin, in ‘next generation’ of crypto

Even with market capitalization crossing well over $1.2 trillion, Bitcoin is not everybody’s favorite cryptocurrency. Kenneth Griffin, the…
przezAnjali Jain 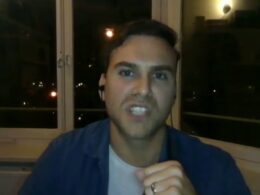 Dear Chancellor Rishi Sunak, here’s what you need to know about Bitcoin

In this open letter, Gavin Lucas shares his opinions on how to build the U.K. as a “global…
przezGavin Lucas 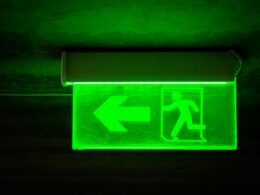 AMBCryptoTerra 2.0 proposal gets the crypto community’s nod of approval but that’s not all

Pretty much the entire crypto community is well-aware of the Terra (LUNA) fiasco. Overall, investors lost more than…
przezShubham Pandey