Creators of  Bored Ape Yacht Clun (BAYC) NFT series Yuga Labs gradually expanded within their first year in business and now looking to expand via metaverse.
BAYC sales surged within 2021 and reached more than a $1 billion market cap, including the sales on the secondary market. Yuga Labs made $127 million in net revenue last year and is also expecting to receive around $5 billion in funding.
Their plan for next year is to expand Larva Labs’ scope to create a larger NFT community and diversify their revenue beyond selling Ape-based NFTs. Representatives of the company stated:~
“We want to build something that expands the universe of the BAYC, but also invites the larger NFT community (and those priced out of BAYC membership) to join,”
Last week, Larva Labs took their first step in expanding beyond the Apes by acquiring the property rights of  CryptoPunks and Meebits.
This week, the team announced their plans for stepping into the metaverse world. In their pitch deck, Yuga Lab

Solana extended recent gains, as it continued to cement its place as the world’s sixth-largest cryptocurrency. ZIL also…
przezEliman Dambell 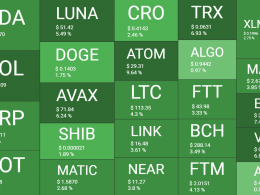 After dipping to a weekly low at $36,300, bitcoin started to recover some value and now sits around…
przezJordan Lyanchev 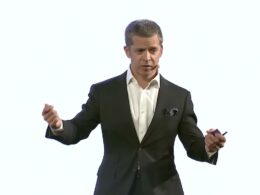 The Russian central bank had previously suggested that mutual funds should stay away from digital currencies, but has…
przezSteve Kaaru 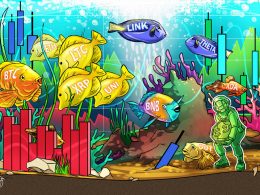