Most markets saw a significant increase this morning fueled by an FT report that said Russia and Ukraine were drawing up a neutrality plan to end the war.
However, a major correction ensued in a matter of hours as the Ukrainian government disputed the report saying the “peace plan” was actually the requesting position from the Russian side and not a bilateral agreement.
Stocks and futures rush on misleading news about peace talks in Ukraine
Earlier on Wednesday, the Financial Times reported that Russia and Ukraine have made “significant progress” on a tentative 15-point peace plan. According to the report, the plan includes a ceasefire and Russian withdrawal from Ukraine if Kyiv declared neutrality and accepted limits on its armed forces.
Originating from sources that were involved in the talks, the report caused a stir in global markets, leading to a sharp jump both in spot and derivative markets. Cryptocurrencies weren’t immune to the news either—Bitcoin’s price saw an 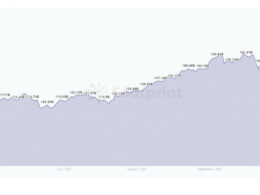 How did the DeFi, NFT and crypto market change in October?

Following a volatile September, the crypto market rebounded to an all-time high in October, with DeFi’s TVL exceeding…
przezFootprint Analytics

AMBCryptoShiba Inu: Here’s how SHIB could react to the ongoing skepticism in the market

Disclaimer: The findings of the following analysis are the sole opinions of the writer and should not be…
przez 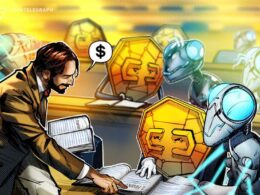 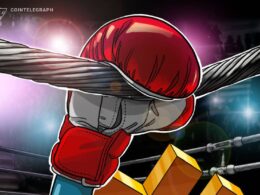