NFTs are coming to Instagram, said Meta CEO Mark Zuckerberg, according to Engadget.
“We’re working on bringing NFTs to Instagram in the near term,” said Zuckerberg at SXSW, where he spoke yesterday, adding that the feature will come “over the next several months.”
Discussions around Instagram getting into NFTs have been happening for several months, but this is the first time Zuckerberg has confirmed the news himself. In December, Instagram lead Adam Mosseri had said the team was “actively exploring NFTs.”
This news also confirms an earlier report by the Financial Times in January, that Facebook and Instagram might allow users to create and sell NFTs directly on the platforms, and potentially introduce NFT profile pictures.
NFTs could eventually play a role in Meta’s eventual long-term vision of creating a virtual world for its users, Zuckerberg added.
Meta has pitched an ambitious pledge of building out a virtual and augmented reality universe described as the next

AMBCryptoHas Shiba Inu begun its recovery, how far can it go

Disclaimer: The findings of the following analysis are the sole opinions of the writer and should not be taken…
przezAkashnath 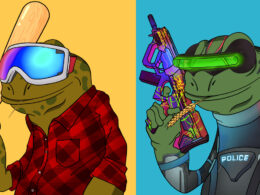 On Monday, FTX US announced the launch of its marketplace for non-fungible token (NFT) assets. FTX explained that…
przezJamie Redman