An infamous hacker who traded his black hat for a white one has claimed that he owns $7 billion in Bitcoin which he minted close to a decade ago.
He says that he still works a 9-5 job as he loves what he does and he derives satisfaction from knowing that he is helping people feel safer on the Internet.

If you had $7 billion in your bank account, would you continue working a 9-5 job, or would you be somewhere on a beach sipping Mai Tais? For one renowned hacker, he chose the former and he still goes to work from Monday to Friday, despite having a $7 billion Bitcoin fortune? But does he really have that much money – the crypto community has been on a heated debate since the revelation.
Known popularly as Gummo, the hacker took an interview on Soft White Underbelly, a popular YouTube channel with over 3 million subscribers.

While he talked about a whole host of issues, from how technology has ruined our l 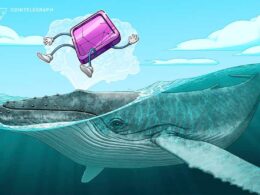 According to research from Moonstream the top 16.71% of all NFT hodlers on Ethereum owned 80.98% of NFTs…
przezBrian Quarmby

Separate instances this morning saw a billionaire embrace the crypto sector and a regulator move away from it.…
przezShaurya Malwa 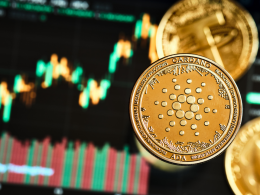 AMBCryptoCardano holders to witness a recovery toward $1? The chances are…

Since striking its ATH on 2 September, Cardano (ADA) initiated its downtrend and practically swayed below its 20-50…
przezYash Majithia

Crypto.com today announced a global alliance partnership and principal membership with Visa. The crypto app will launch the…
przezJake Simmons