While many analysts predict that the hiked interest rate by the Feds would lead to a positive movement in the price performance of Bitcoin, a leading billionaire investor, however, disagrees with this notion.
Bitcoin would continue to trade between $30k to $50k
Michael Novogratz, the CEO of Galaxy Digital Holdings Ltd., in a recent interview, has ruled out any chance of Bitcoin breaking its record high this year. According to him, the flagship digital asset is more likely to trade between the $30k to $50k region throughout this year.
Novogratz pointed out that despite the Feds raising the interest rates, it is unlikely that investors would be willing to invest the amount of liquidity they poured into the space during the pandemic, which helped Bitcoin reach new highs.
Per his statement, with the Feds considering tightening the market in its attempts to deal with inflation, investors are also evaluating the risks. This means the probability of pumping money into Bitcoin is lower this ye

In a tweet, Samuel Dobson announced he’s stepping down as code maintainer for Bitcoin Core, following the footsteps…
przezJon Southurst 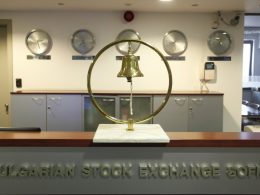 Bulgarians can now invest in crypto assets through their country’s stock market. The Bulgarian Stock Exchange has recently…
przezLubomir Tassev

In a major boost for the decentralization and robustness of the network, leading payments and decentralized finance (DeFi)…
przezAnjali Sriniwasan 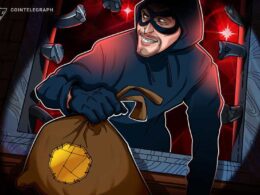 A total of 169 blockchain hacking incidents have taken place in 2021, with nearly $7 billion in funds…
przezCointelegraph Consulting